Mattia spent 2 weeks in Casablanca to work closely with Koun, one of the most active and dedicated Precious Plastic workspaces. 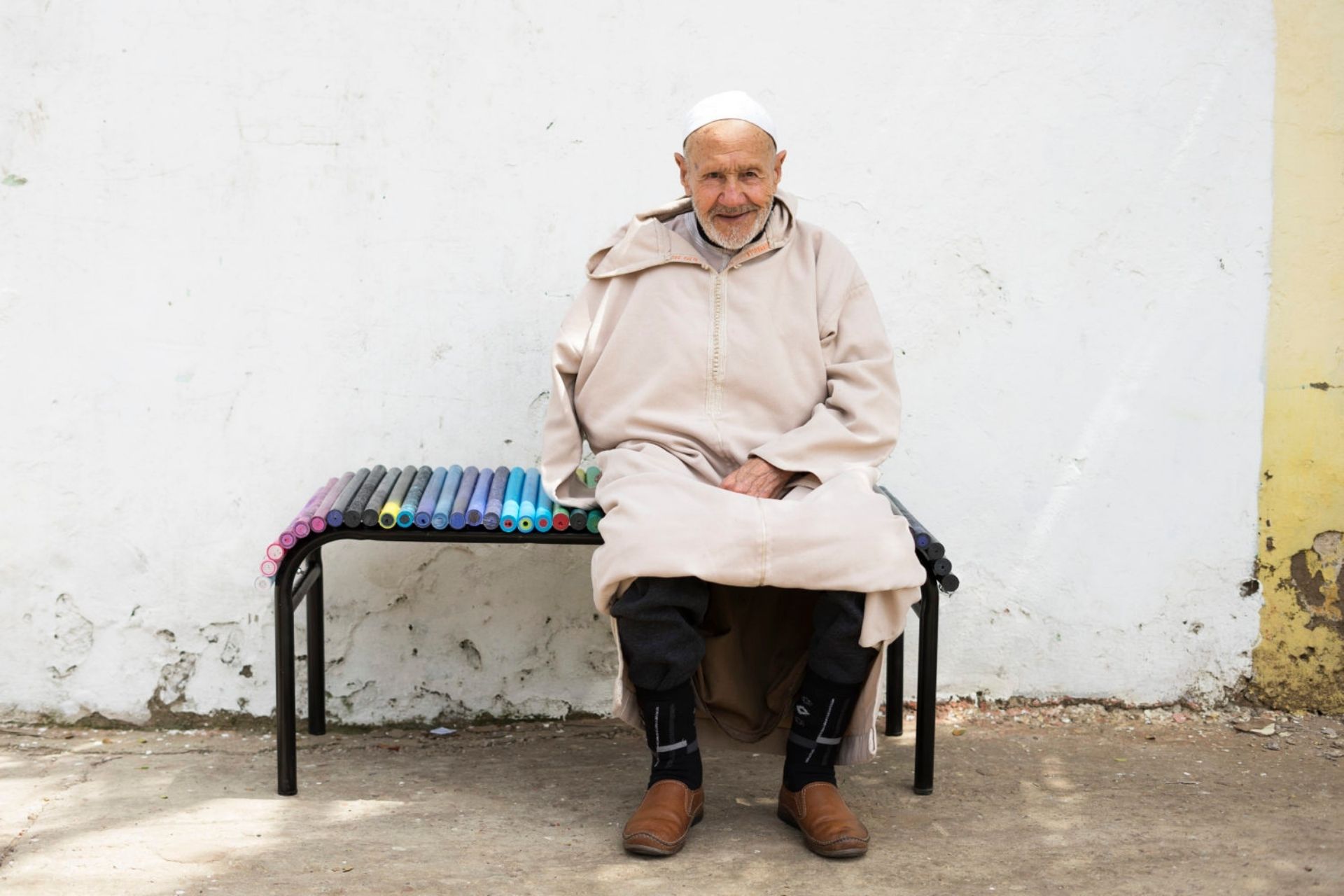 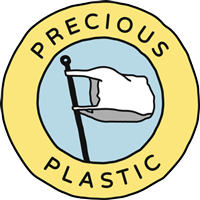 ‍Koun has been consistently putting out cool products and experiments from their lab in the outskirts of Casablanca. Koun is the plastic lab of Ressourc’in- an NGO working on material regeneration that handles paper, plastic and textiles. Koun is made up of a director (Marine), one designer (Mehdi), one lab manager (Mohammed) and 5 plastic craftsmen chosen from the neighborhood to offer them new opportunities, skills and jobs. They work with a second-hand shredder and extrusion machine as well as a Precious Plastic compression machine and make daily use of our ecosystem to learn more about plastic, techniques, hacks, new ways of working with plastic and improve their machines.

‍Up until now, they have been producing various lamps (extrusion), stools (compression), bowls (extrusion + compression) as well interesting experiments into waving plastic sheets into textiles. The products are sold in concepts stores across Morocco (and more recently Europe) as well as our Bazar. Even though they’re still far from fully covering their expenses with sales, we believe they’re on the right path to make the project financially sustainable in the near future. And that’s why we sent Mattia to offer them some extra help to fine tune their processes and products.

What to work on

‍We spent the first couple of days on location to understand what would make the most sense to focus on. As usual there are tons of things we could work on or that could be improved- making products better, processes more efficient, fine-tune techniques, improve workflows, create new products, improve experiments, strengthen collections, etc.. Having to be pragmatic with the limited time at hand we decided to focus on one of the most exciting new directions at Precious Plastic… 😋

‍Right before arriving in Casablanca the team had tried to make a few beams following our video tutorials. As it happens, they had some problems as well as receiving new orders at the same time (Yay 🎉), so they put the beam experiments on the side.

As we got to the workspace we picked up from where they left and begun experimenting further to understand where the issues had happened and for what reasons. First, we made a number of moulds of different shapes (circular, square and rectangular) and lengths (2 and 4m). We then began firing (only figuratively 😃) the extrusion machine and make beams after beams mastering the underlying principles and flows. We primarily worked with HPDE (2) as it is the most available plastic in their areas, even though, PP (5) also worked great. We also tested a number of colours by precisely and thoroughly sorting plastic as well as using pigments (1% in volume) as they claim their customers want specific colours. And finally worked on a number of different polishing techniques to give the last touch to the beams.

At each hiccup or problem, we would stop and collectively discuss possible causal factors and how to overcome the problem at hand. Everyone was involved in each step and became more in love with the technique day by day while problems became fewer and successes the norm 🤘

‍By the end of the first week, we had a pretty solid process with higher success rate. We then set out to create a symbolic and iconic product to showcase the infinite opportunities of working with beams. Thing is, as you have the beams in front of you ideas start bouncing in every direction overwhelming you with inspiration and excitement. We decided to make a colourful bench only using materials available around us. We ended up using a table that was carelessly laying around, a couple of cables from a bike’s breaks and a few bolts and nuts we found. A truly local product. Recycled, valuable and Precious.

‍As we begun working it became clear that the space needed a little clean up 🚿 to help the guys work more efficiently and start to love the place where they spend most of their days. So we (literally) took everything out, gave a thorough clean (while extruding beams – dutch efficiency 😉) and re-tought the whole space. The redesign of the space has been done collectively involving all the people that daily use the space facilitating a thought process that quickly elevated the best solutions and decisions. We created a ‘Plastic’ area for the shredder and storing plastic, a “Mould“ area, “Tool” area and “Machine” area as well as throwing out lots of clutter. Can’t describe the sense of release felt by the entire team once the job was done.

‍A few conclusions we take back home from Casablanca that could help many people in the community:
1. Making beams is lots of fun but they need a very thoughtful process to avoid problems
2. Circular beams are easier to work with- the extrusion process is cleaner and more controllable while the beams are easier to extract
3. The mould needs to be dry before using as water will create very unpredictable bubbles on the beams you might want to avoid
4. It is useful to make a little bowl of plastic at the end of the beam to be able to grab onto something when extractinbg the beam
5. Two meters seems to be the maximum size we could extrude beams before the head would cool too much and not move further
6. We could produce 4 meters of 30mm beams every hour
7. Beams could be made by one person alone
8. Patterns are difficult to control
9. Colours can be predicted a bit more but there is still a lot of surprises when opening the beams
10. Beams can be finished beautifully with sanding paper + heat gun
11. The diameter of the beams can be slightly uneven +/- 1-2mm
12. Always cool the beam inside of the mould until it reaches room temperature, failing to do so would result in a bent beam as a result of the uncontrolled shrinking 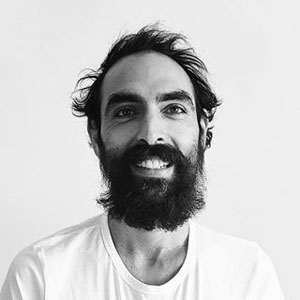